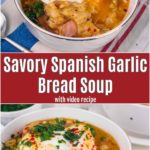 Garlic Bread Soup is a wonderful combination of rich garlic broth, crusty bread cubes, and bits of ham. Topped with an egg, this Spanish recipe is one that most have never thought of making but will fall in love with after the first bite. Loaded with flavor and ever so filling, this is one of my favorite warm soups for cold winter days. 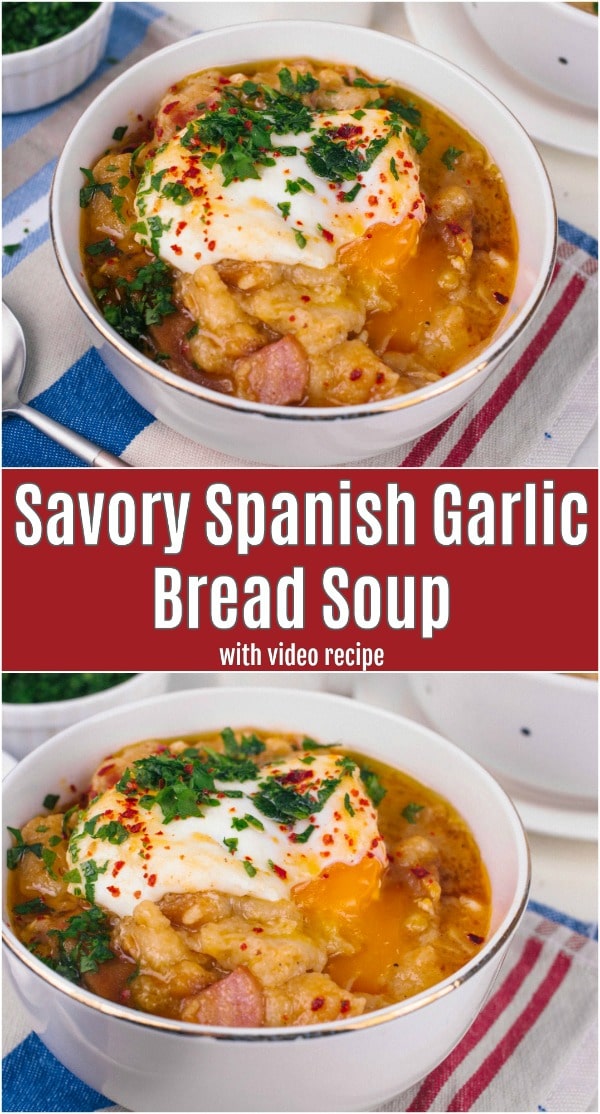 The first time I saw this recipe, I couldn't figure out what it was. Is it a soup? Casserole? Breakfast? Lunch? It didn't make sense.

I soon discovered that the best foods don't have to make sense. That first bite of rich broth, soft bread, and perfectly cooked egg will have you wondering why you haven't had this before. It's amazing how such simple ingredients can so easily combine to create a meal that is both simple and gourmet at the same time. 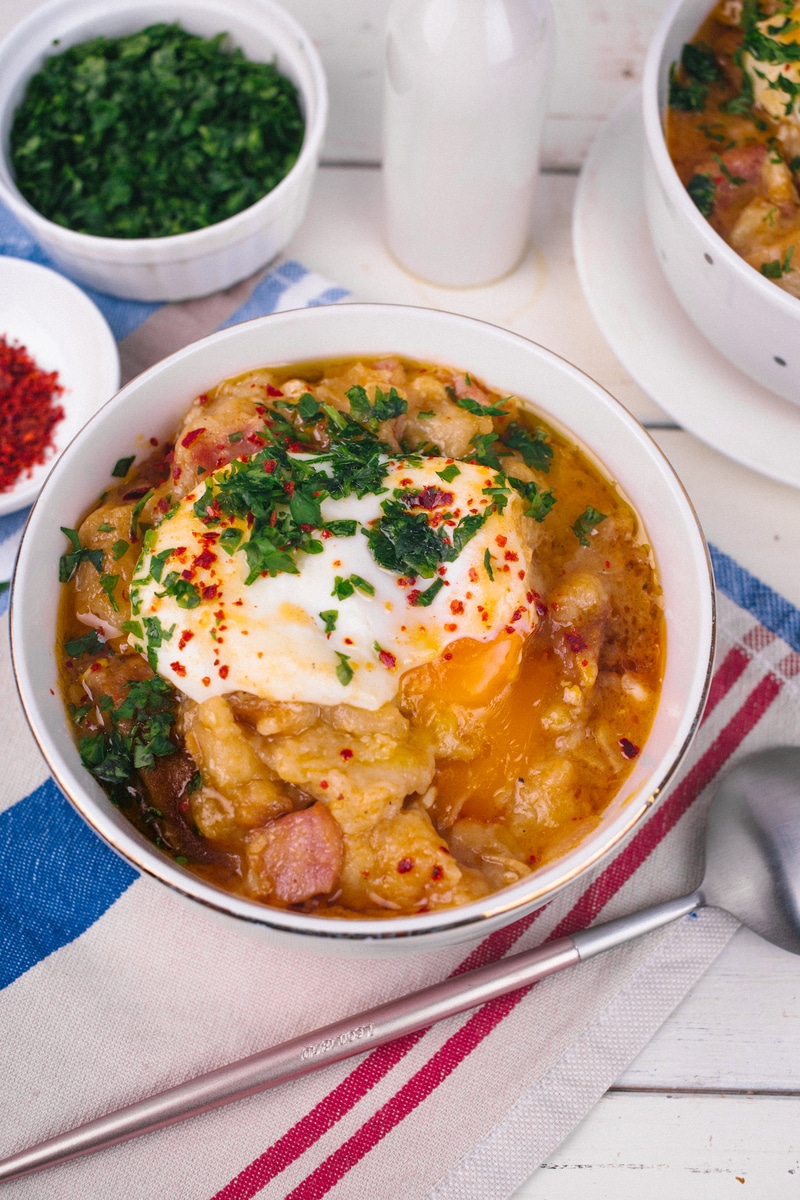 My creamy beef taco soup recipe is another great comforting choice for dinner. This, along with Instant Pot broccoli cheese soup, black bean soup, and this homemade tomato soup are regulars on my menu plan.

What is Bread Soup?

Bread soup is a classic soup found in many countries. This paprika and ham rich soup is a traditional Spanish version that is loaded with rich garlic for a comforting and healthy meal. As one review stated, "this is a bowl of breakfast for dinner".

The addition of egg and ham make it reminiscent of many breakfast dishes, but the rich garlic broth makes it really feel like something you would find at dinner.

A garlic bread soup is typically a rich broth-based recipe that typically contains garlic, paprika, and an egg. Some recipes have additional vegetables, are pureed, or even served without the egg, but this one is more of a classic Spanish version. 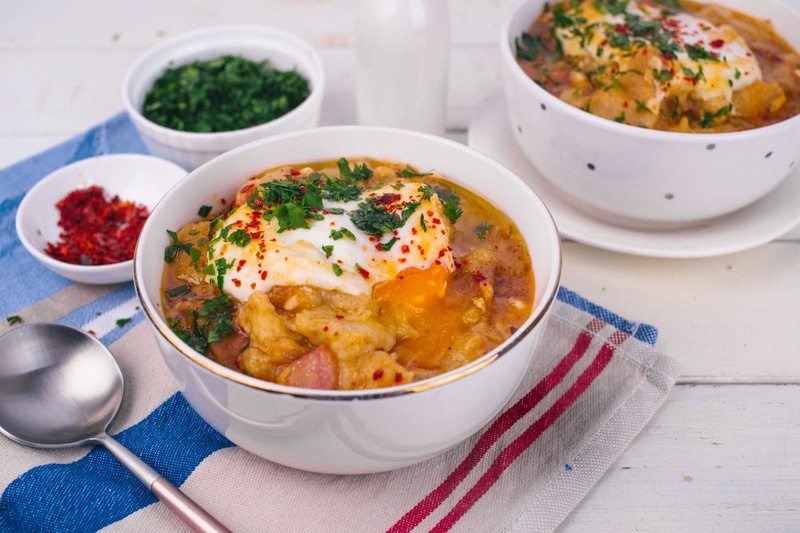 What is the Best Ham For This Soup?

I love the addition of ham in this recipe for a bit more protein and a nice salty balance to the garlic. For this, I reach for a nice uncured ham and dice into cubes. You can use any pork or ham you have on hand, but I would recommend avoiding sugar or honey ham.

Sweeter hams won't pair well with the savory element of this meal.

Do I Have to Serve with An Egg?

Some garlic bread soup recipes don't have an egg. While it is not required for a delicious meal, it is a traditional addition in the Spanish version of the recipe.

The egg poaches in the broth and offers not just an added bit of protein, but a richer addition with the egg yolk blending in when you break it with your spoon.

If for some reason you don't care for eggs or cannot have them, you can skip that element, but I encourage you to give it a test run. The egg adds a whole other level of deliciousness that can't compare. 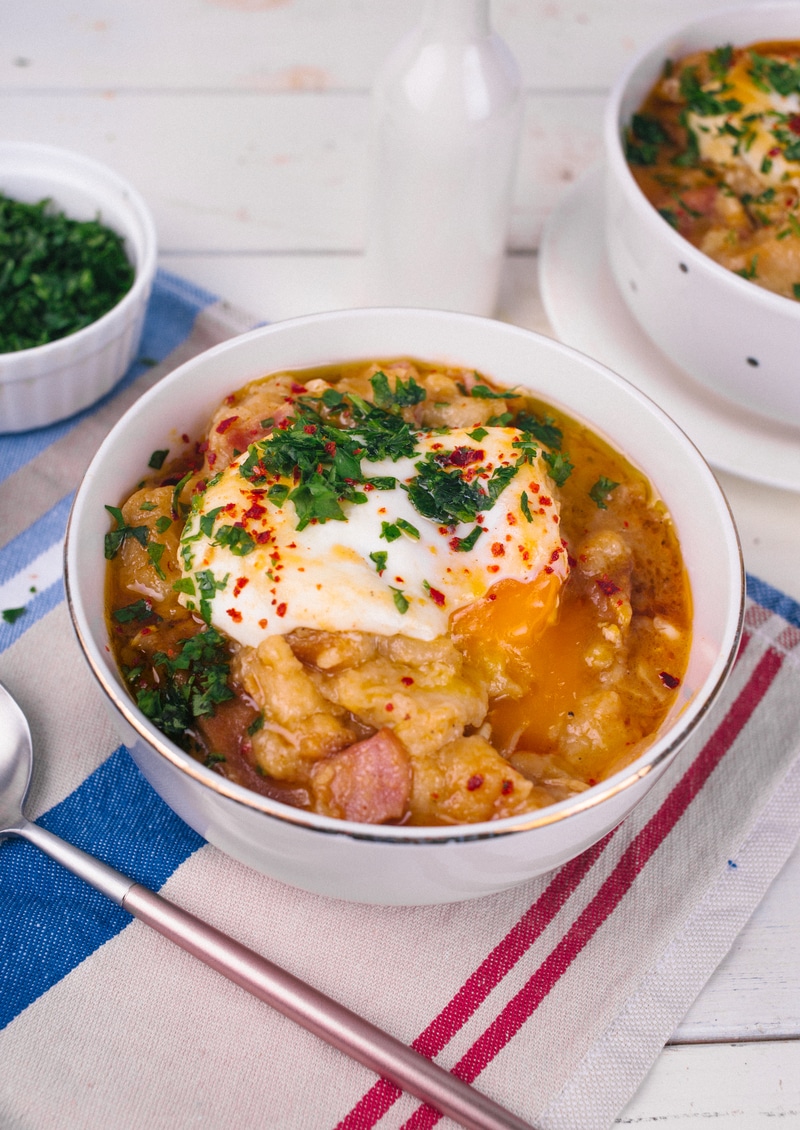 Can I Puree This Before Serving?

If you are following this particular recipe and cooking method, I don't recommend blending the recipe. A smooth texture is nice in some bread soups, but for this, the texture just adds to the experience.

Of course, if you chose to blend this, you would also want to remove the ham and add the eggs after it has been blended. That would add steps to your meal, and wouldn't provide as delicious a result. 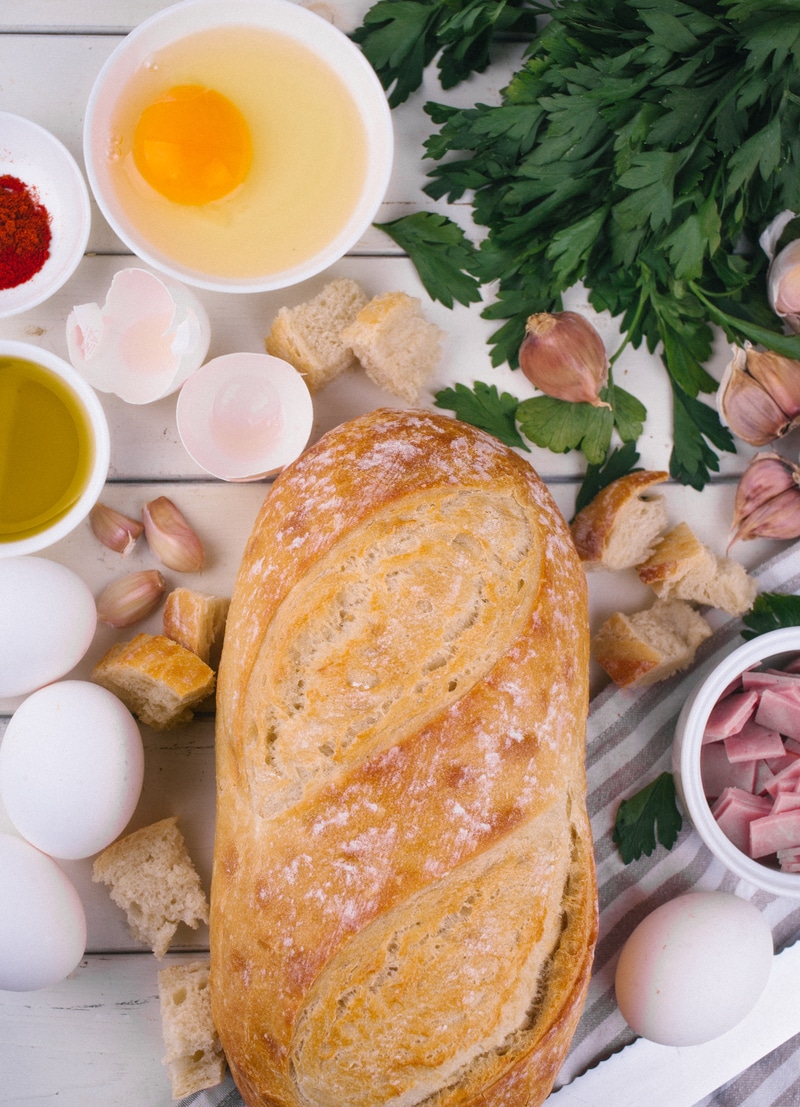 How to Make Ham Soup with Garlic Bread

To begin, you will cut your bread into cubes, lay in a single layer on a baking sheet, and coat lightly with oil. Bake this at low heat for 7-10 minutes until dried out and a bit golden and toasty.

While the bread is toasting, you will add oil to a large skillet, and begin sauteing your garlic until it just starts to become fragrant.

At this point, you will add in the ham and paprika, stir well, and continue cooking for a few more minutes or until the ham starts to get some color.

Now, you will add in the toasted bread cubes and top them with the chicken broth. Stir well, and then bring to a boil.

Once the mixture has reached a boil, reduce the heat, season with salt and pepper, and then crack the eggs on top.

Continue cooking at a reduced heat covered with a lid until the egg whites are set. 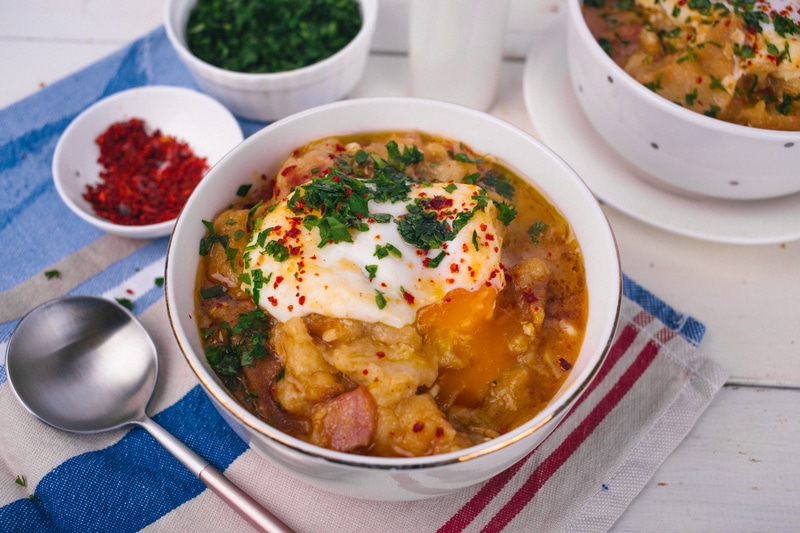 Top with parsley, chopped cilantro, or diced onions. You may even want to add a bit of shredded cheese to the top of this soup when serving.