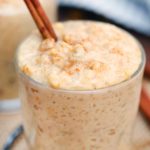 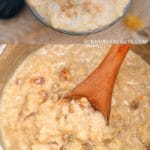 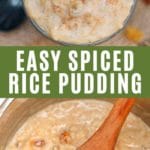 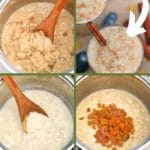 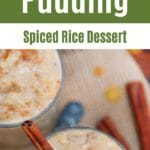 Nothing screams comfort like a warm bowl of homemade rice pudding.  This staple dessert in our home is one found in many cultures and various styles.  For Asian and Indian families that may be a cold pudding, but here in the heart of Michigan, it's a hot creamy concoction loaded with cinnamon, raisins, and cream. 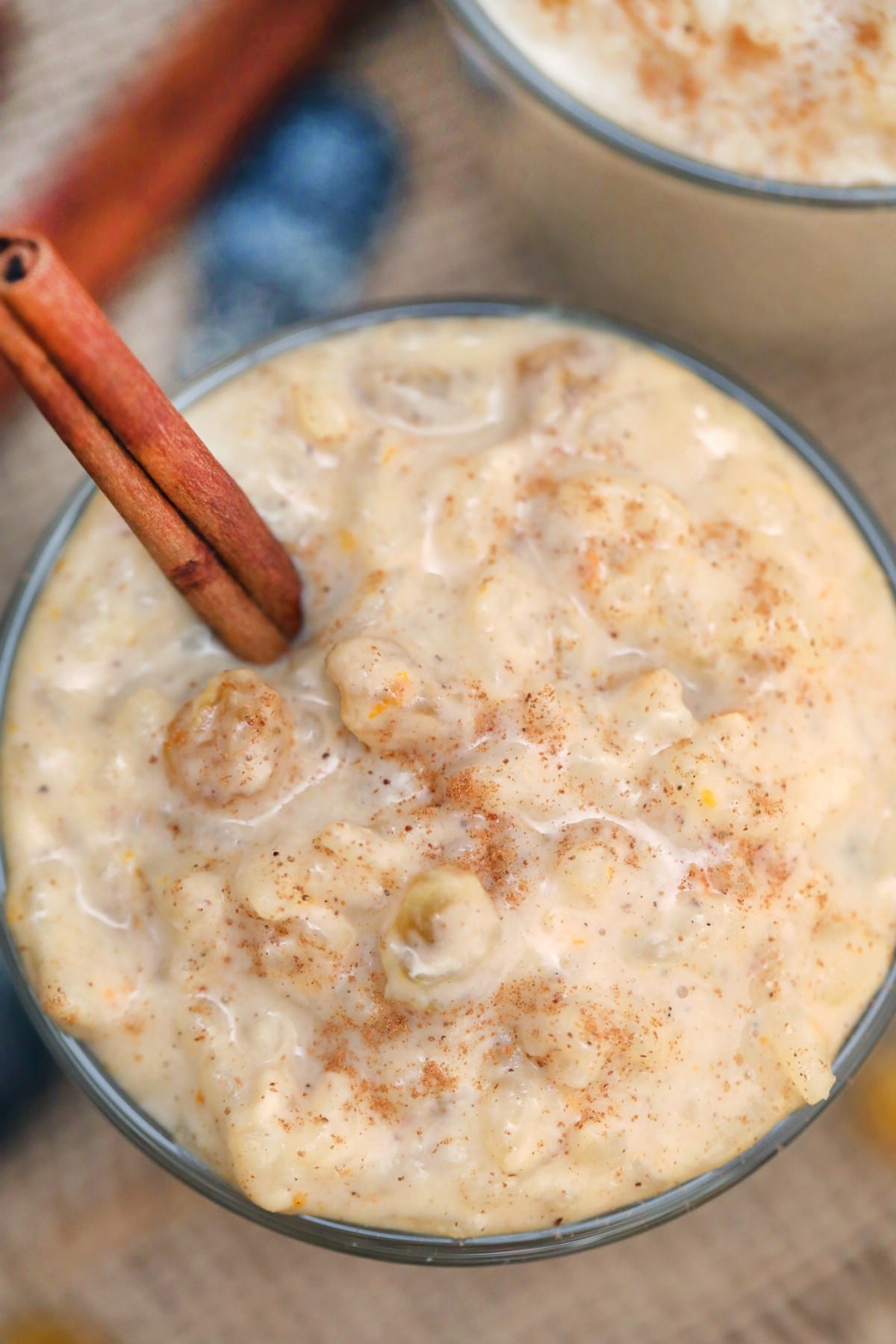 Admittedly, I didn't grow up eating this style of rice pudding.  In fact, I don't believe I ever actually had it until I was an adult.  My Granny would often make a bowl of rice and pour butter, milk, and sugar onto it and eat that mixture and call it pudding.  There were no measurements or specifics to that dish, just a bit of this and that until it looked and tasted right.

This dish is similar but different.  A bit more structured and focused on deeper flavors, it's become a favorite dessert or even breakfast.  I especially love that it's something I always have ingredients for, so it fits cravings in a pinch.

What is Rice Pudding?

Rice pudding, as mentioned, comes in a variety of styles and combinations.  The one thing that rings true in all rice pudding recipes is the inclusion of rice, a milk product, and sugar.  Everything else changes depending upon who and where it is being made.

Do I Have to Add Raisins?

You do not have to add raisins if you are not a fan.  I love the mild flavor and texture golden raisins add to this mixture.  Admittedly, I am not a fan of regular purple raisins as they seem too strong and not sweet enough for my tastes.

Raisins aren't the only fruit you can add to puddings.  I've mixed in fresh sliced strawberries, blueberries, and even peaches.  You can even mix in other dried fruits like diced apricots, dehydrated banana chips, diced dried pineapple bits, and my favorite, a few slivers of coconut. 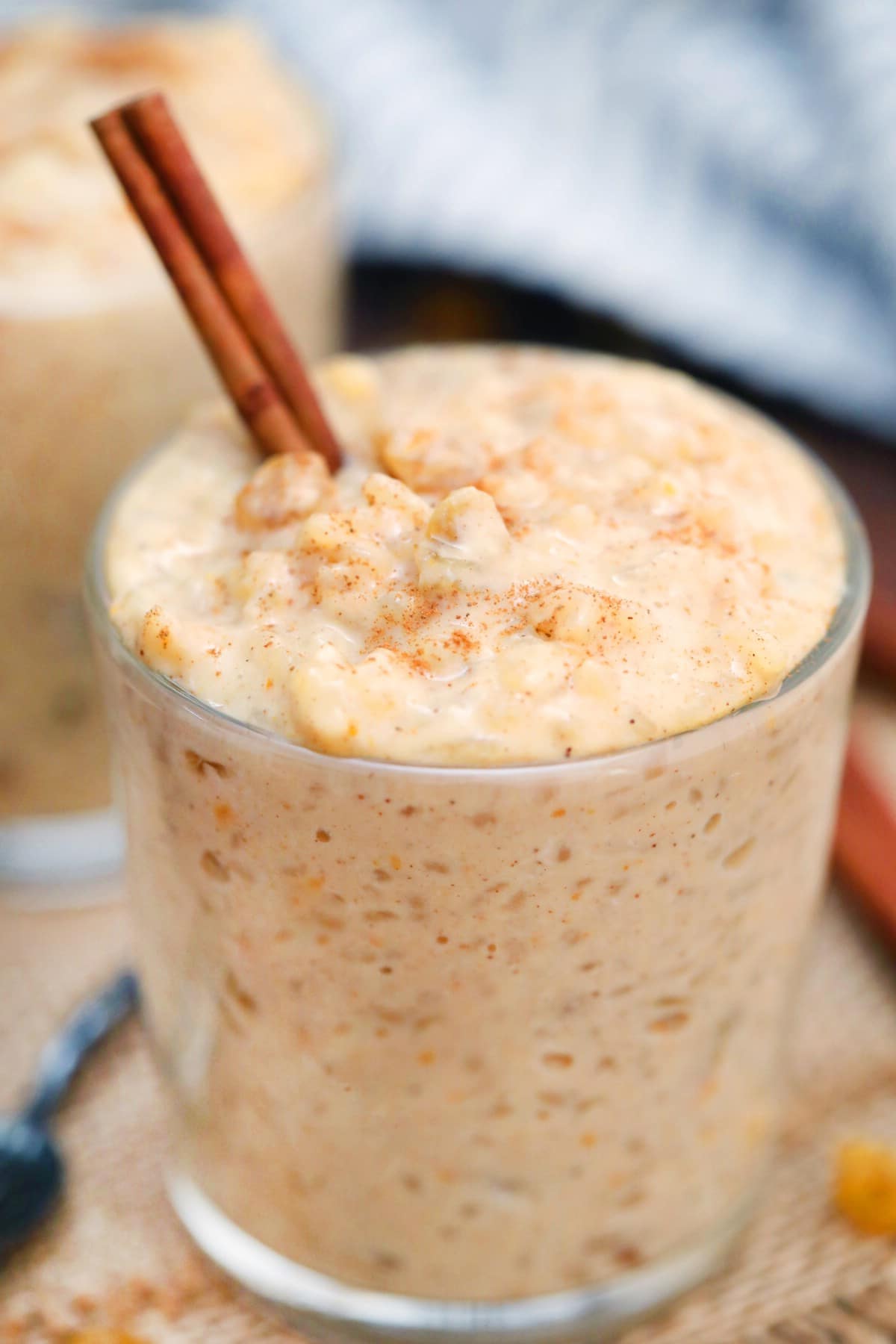 In my house, rice pudding doesn't last past the single serving for each of us.  There are truly never leftovers.  This said I know some won't have a large family to help them finish off a batch in one sitting.  In that case, I have been told that rice pudding is best when used within 3 days of preparation.

If you know you will have leftovers, just place them into an airtight container in the refrigerator.  When you want to eat, you can enjoy it cold, or reheat in 30-second increments in the microwave  If reheating on the stovetop, you may need or want to add a bit of butter to the pan to prevent sticking and help add more moisture.

What is the Best Type of Rice to Use for Rice Pudding?

There is pudding rice that can be found in some areas, but really, you just need good short-grain rice.  While basmati and jasmine rice are my favorites for most meals, I keep a package of basic short-grain white rice in my pantry at all times.  It's ideal for this, and super affordable to keep on hand.

Arborio is specific rice often used in making risotto that really works wonderfully in rice puddings.  If you are able to find it in your local market, it's an ideal choice for this recipe.

How to Thicken Rice Pudding

If your rice pudding seems a bit too thin, you can easily thicken with a slurry.  I prefer using a single teaspoon cornstarch with a tablespoon of water (or existing milk liquid from the pudding mixture).  Stir this together until smooth, then mix into the pudding.  Continue cooking for a few more minutes, and you should see it thicken fairly fast.

If it isn't thickening as fast as you think, give it time to work. Sometimes it takes up to 15-minutes for it to properly thicken.  In that case, it's worthwhile to let it sit for a while before serving, to make sure it will set up in texture and thickness you prefer.

Note:  This recipe is naturally thickened by adding a tempered egg mixture when almost done cooking. 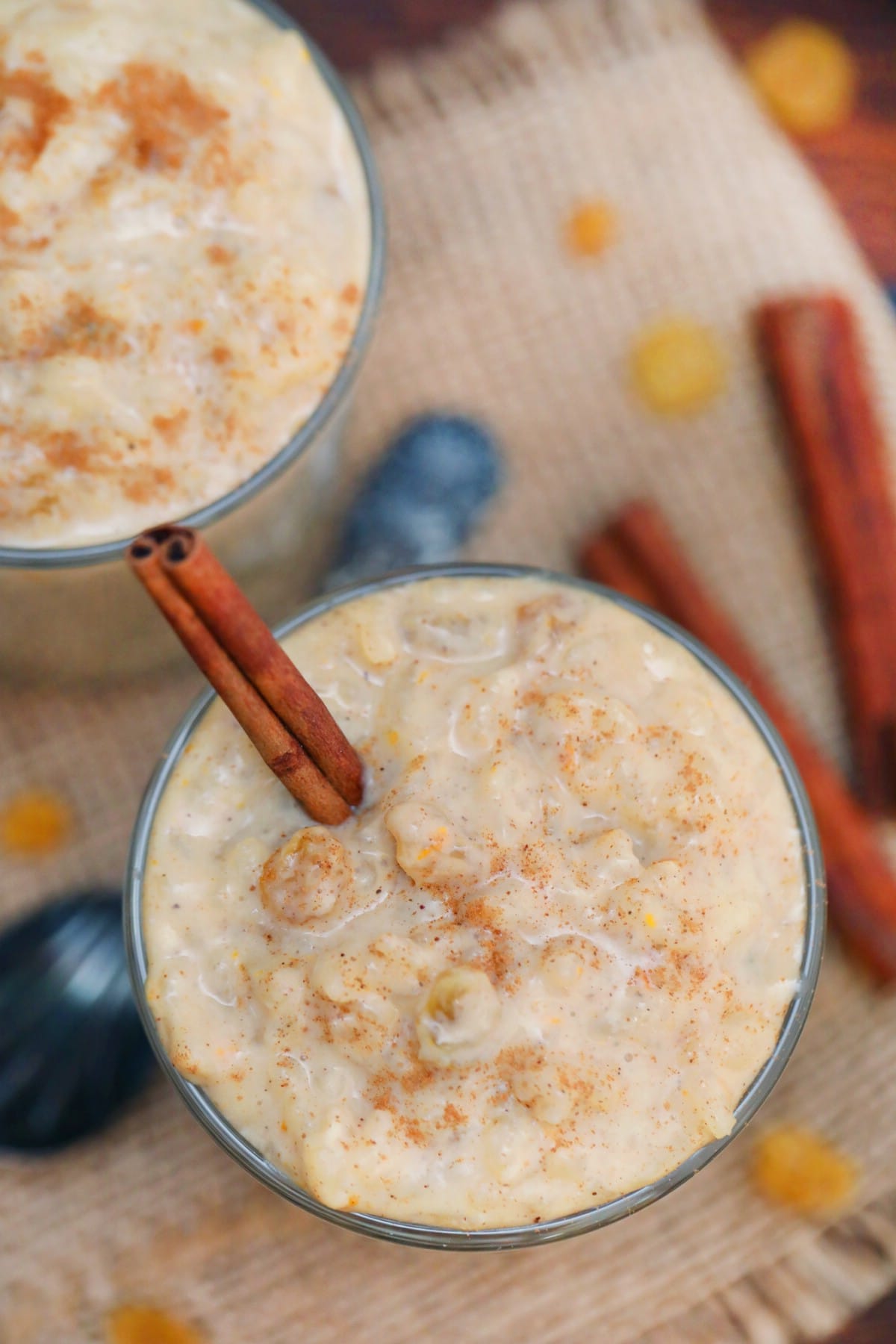 How to Make Vegan Rice Pudding

If you are vegan, don't worry!  You can easily substitute the milk in this for any vegan milk.  I prefer unsweetened almond milk or coconut milk.  If using coconut milk, in particular, it really pairs well with the flavors of cinnamon, nutmeg, and raisins in this dish.

For the egg, just substitute a flax egg or whatever egg substitute you normally reach for.  I find the flax egg to be the easiest option in most baked goods, and keep flax seeds on hand for that reason. 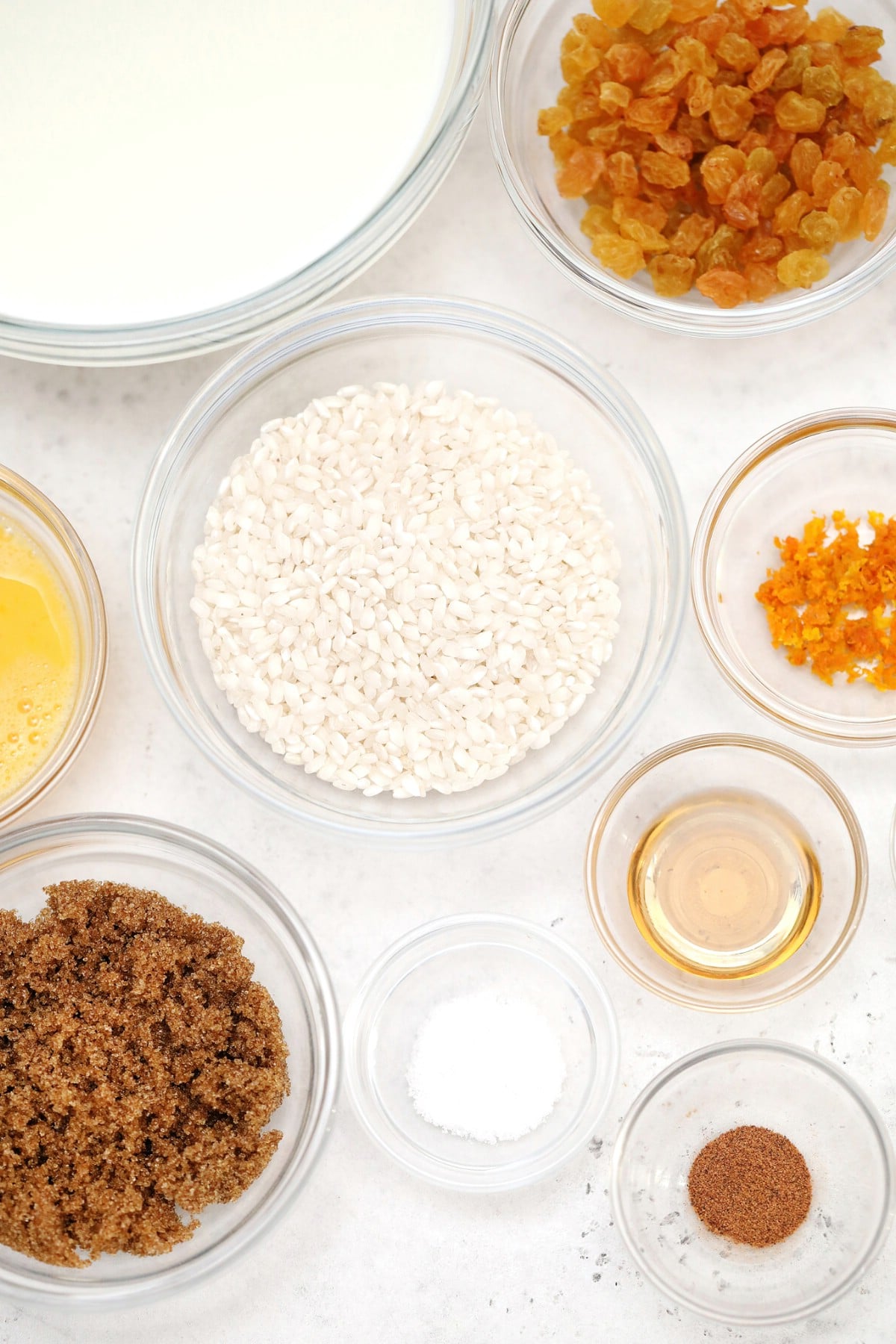 How do You Make Rice Pudding from Scratch?

In a large stockpot combine the milk, rice, and salt then bring to a boil over medium heat. 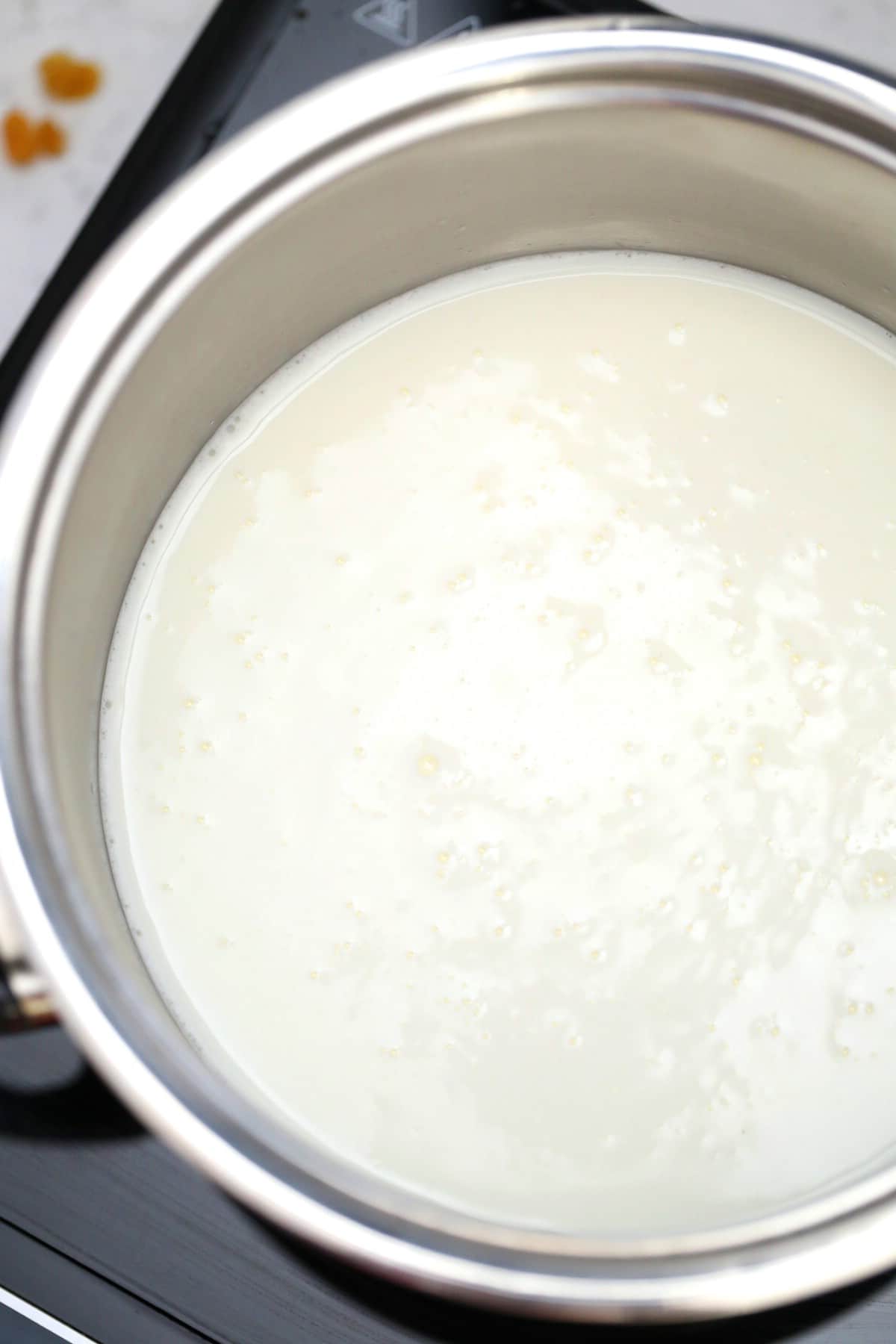 Stir regularly to prevent sticking, but leave uncovered boiling for 20 minutes.  Be sure to keep this boiling, but at a lower heat to not scorch the milk. 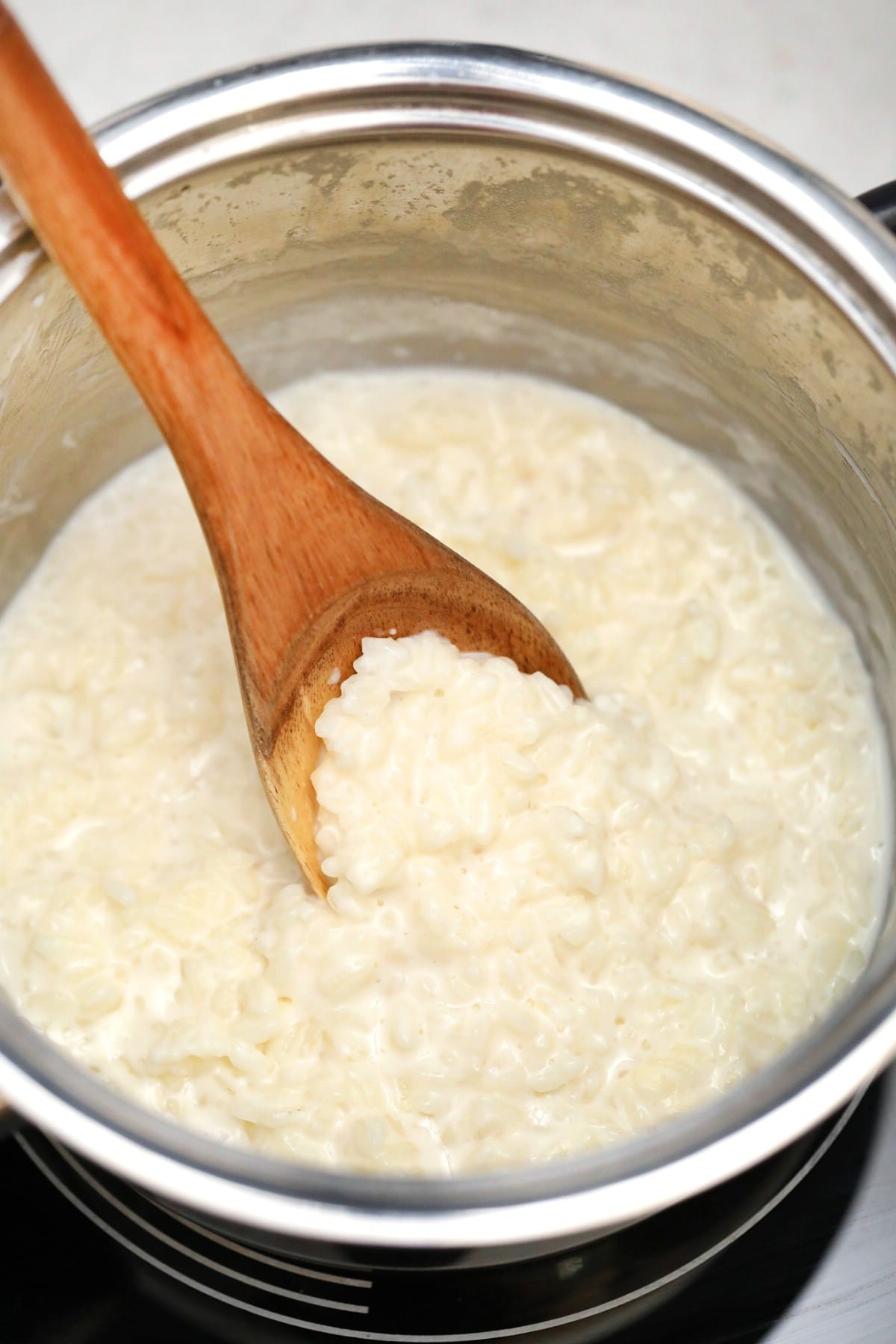 While the rice is cooking, in a small bowl, beat an egg into the brown sugar until the sugar is combined and dissolved. 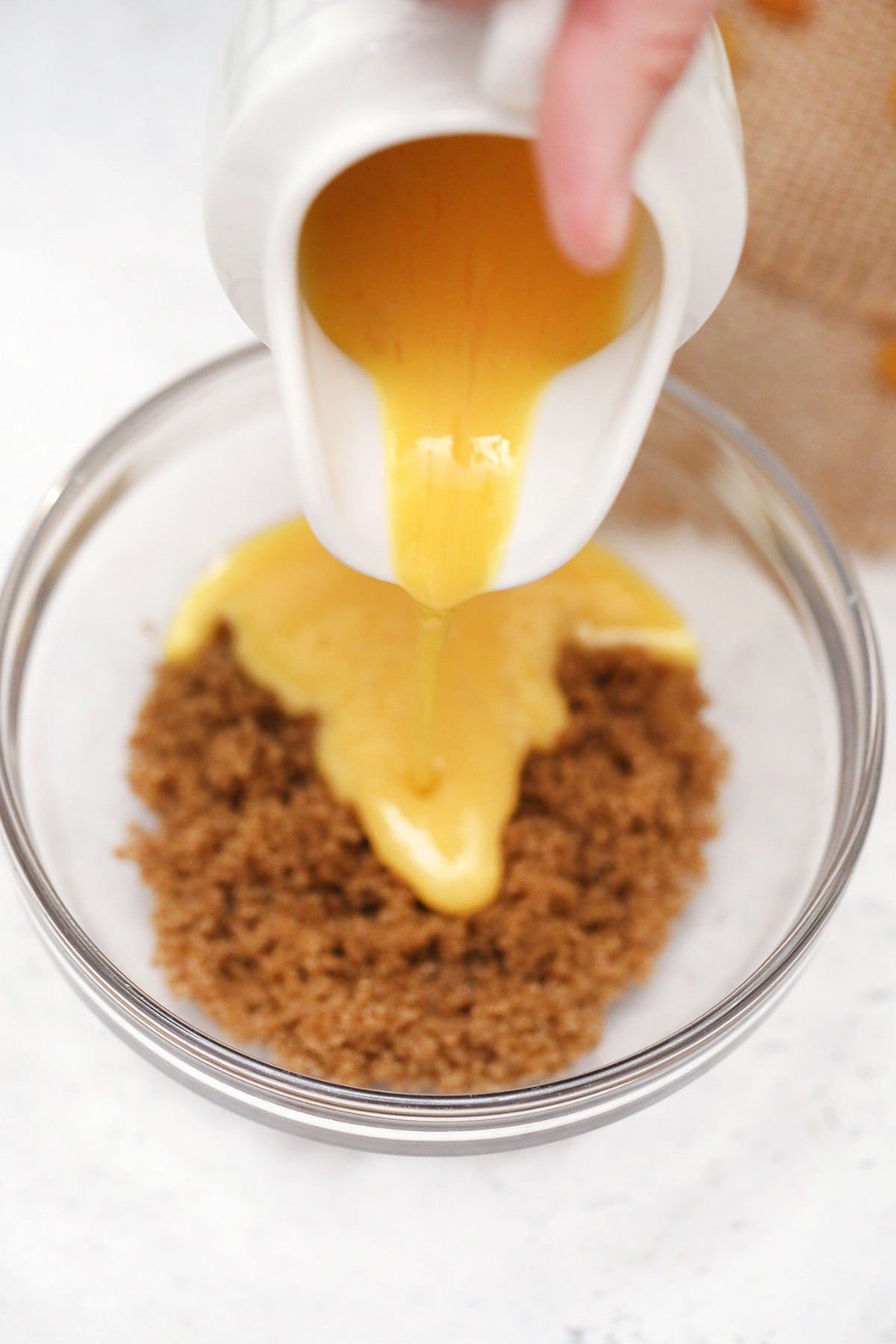 Pour ½ cup of rice mixture into the bowl of egg and sugar and stir vigorously immediately to temper the egg.  This prevents it from "scrambling" when added to the rice mixture.

Remove the rice from direct heat, and add in the egg mixture and stir to combine.  Continue stirring until well incorporated.

Add in vanilla, cinnamon, nutmeg, orange zest, and raisins, then stir to combine.

Mix everything well before serving. 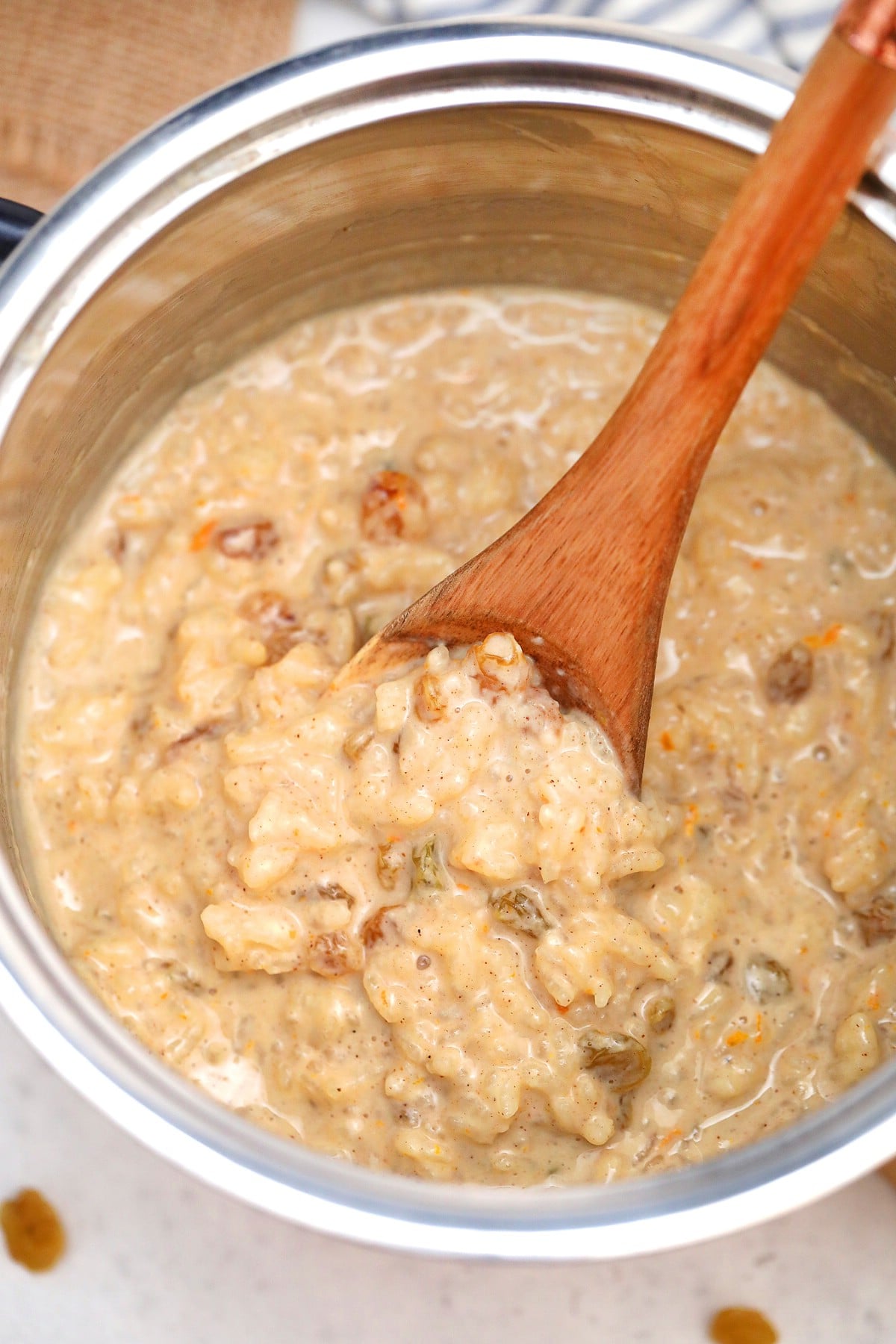 Serve in a bowl with a dusting of cinnamon and a cinnamon stick to garnish if desired. 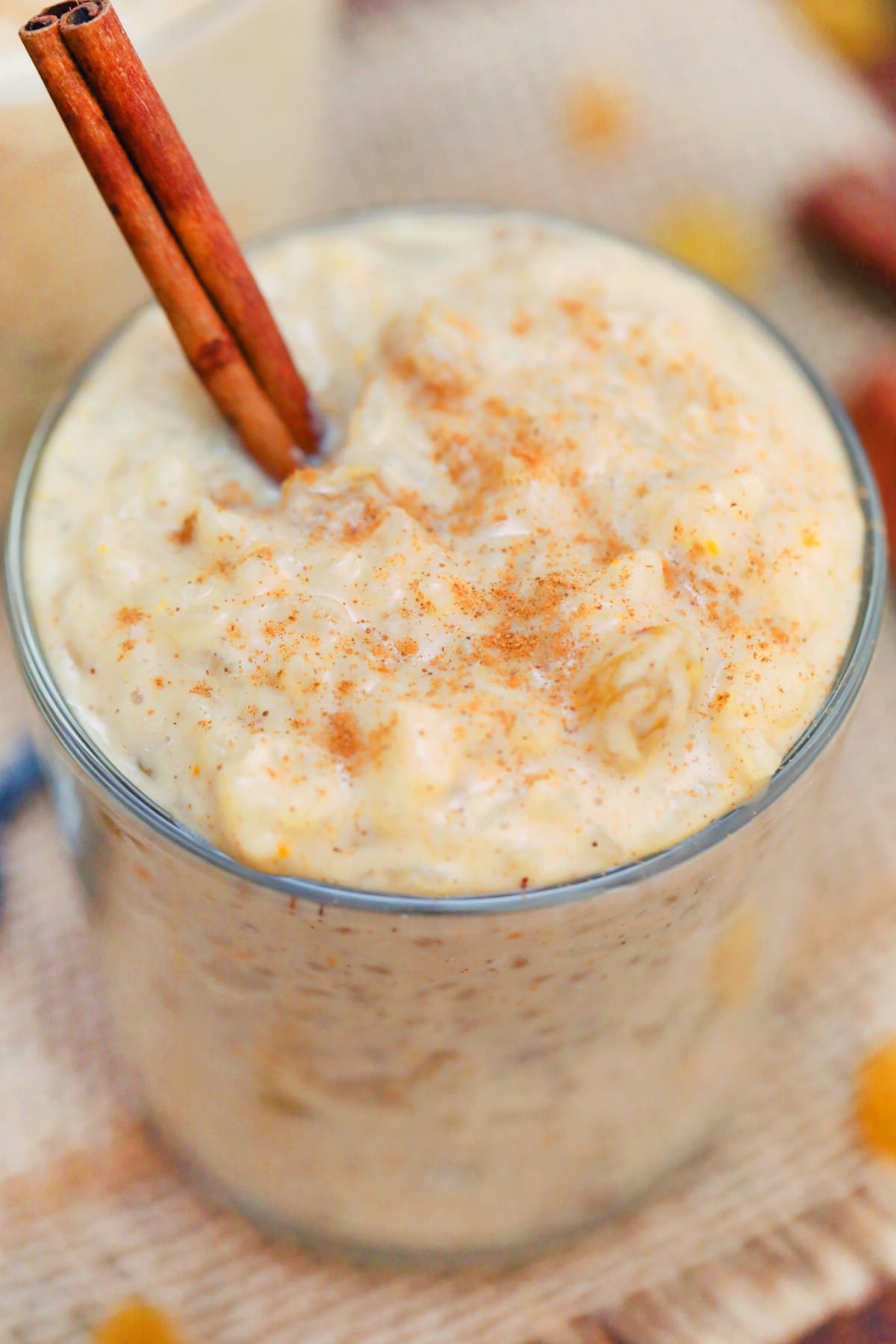 These items are some of my favorite kitchen tools used in making this recipe:

If you can't find in your local store, I also buy these food items in bulk:

I love dessert, and below are a few more amazing ideas to surprise your family with this week!